Weights: 19lbs 4 oz as of last week identical down to the ounce.  That means they’ve both tripled their birth weights!  Still only about the 35th percentile since they were so tiny when they were born.

Heights: They flip flop being taller than the other, right now Tom is taller at 28.3 inches to Joe’s 28.1 inches.

Sleep: Knock on wood much better the last 2 nights.  They usually go to bed between 7-7:30, wake around 1:30 to eat, then wake about 6:30 for the day.  They’re taking 2 naps a day, about an hour to hour and a half each.  The biggest milestone is I can finally lay Joe down awake and he’ll put himself to sleep. Tom was born with that skill.

Food dislikes: cauliflower.  That’s it really. And even that he ate and cried after every bite.

Food dislikes: He’s very sick of cucumbers, other than that he gobbles up everything!

Both babies have 2 bottom teeth.  Those top gums have been swollen for two months and I’m ready for them to appear!

This past month Tom has started crawling, Joe was moving about a month ago.  Both are pulling up to stand but Joe is much steadier, and even has started taking a couple steps while holding on. They are into absolutely everything so when not in “baby jail” they must be watched like hawks!   They are great playamates; I think we are finally getting to the stage where twins pay off a little.  The entertainment they give each other is priceless. They’re seriously such good babies, when they start sleeping through the night I will declare them perfect 😊 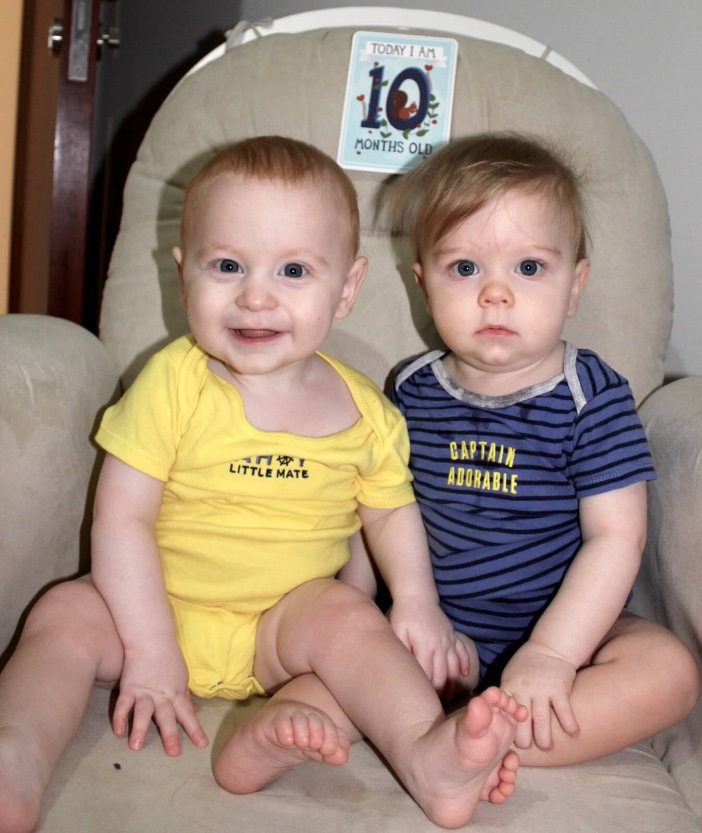 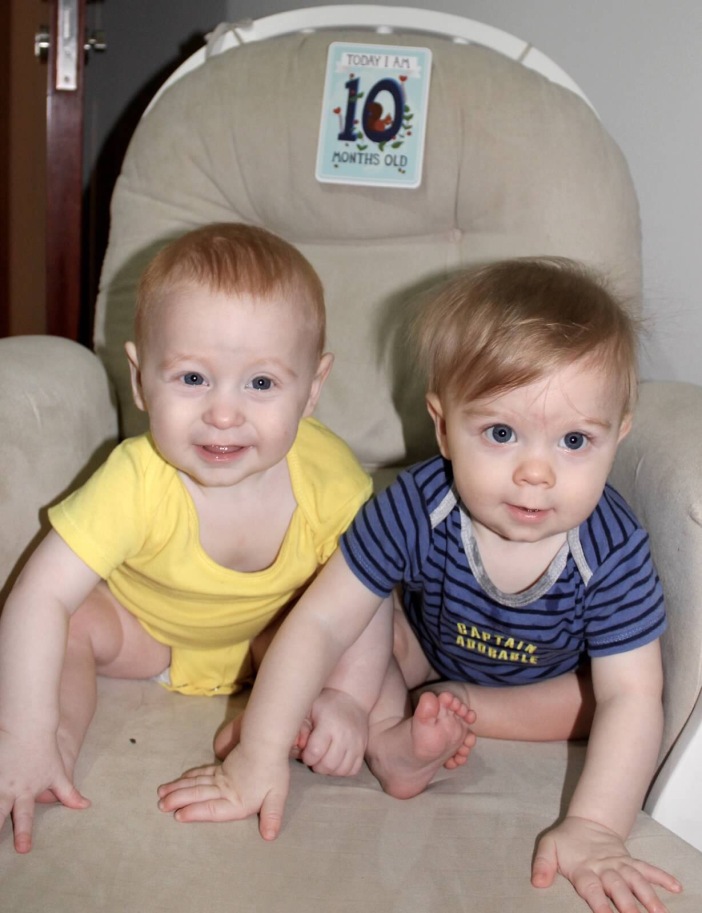